Join us as we host the ProStart Reunion Dinner and Fundraiser on December 15th! We want you to get to know the 5 ProStart alumni chefs who will “wow” your tastebuds for this 6-course culinary event.

The reunion dinner event will feature a 1-hour reception with Hors d’Oeuvres paired with cocktails and beer. Followed by a special 6 course dinner with wine pairings. Get a glimpse of the full menu and make your reservations today.

Chef Paul Ferzacca from La Tour Restaurant & Bar is proud to host this dinner, featuring five of his former ProStart students from Battle Mountain High School who have gone on to manage their own kitchens and open and run their own restaurants.

Colorado ProStart is a two-year foodservice and hospitality management curriculum offered to high school juniors and seniors. Chef Paul is proud to have been a ProStart mentor and competition coach for 11 years. By bringing industry into the classroom, ProStart gives provides hands-on training and industry experience.

Some of the proceeds from our reunion dinner will be donated to the ProStart Colorado Program.

Born and raised in Colorado, Riley Romanin has had a passion for food since an early age, instilled by his mother. His formal training began with the PROSTART Program at Battle Mountain High School. Riley was the first student to finish this program in the Vail Valley, completing his intern hours working first as a prep cook, and eventually as a pastry chef, at the Bristol in Arrowhead, CO. Riley holds a degree in Culinary Arts from Mesa State College in Grand Junction, CO. He served as Sous Chef the Wine Cask in Santa Barbara, CA, and became the Executive Chef/Manager at Foxnut Asian Fusion & Sushi in Beaver Creek, before opening “Hooked” and later “Revolution”, both in Beaver Creek.

Andrea Knight has been cooking since age 12, though she anticipated being a ski racer. After a bad injury she joined the ProStart culinary program, competing on the 2004 Team that went to nationals. Andreawent on to attend Johnson & Wales in Denver, with a full scholarship. After culinary school she worked as Sous Chef at D Bar and The Berkshire and helped to open the Wooden Spoon in LoHi. She spent four years at Whole Foods before opening her Bakery, The Noshery in 2014. She has said of her experience through ProStart “I loved baking, but never thought it would be what I’d be doing the rest of my life. My ProStart mentor opened my eyes to the idea that this passion of mine could turn into a career.”

Matt Thompson used to help his Step Mom bake wedding cakes when he was 12 years old. He got his first cooking job at the age of 13 at the Blue Moon Bar & Grill in Vail  and hasn’t looked back. Matt participated Battle Mountain High School ProStart team that went to nationals in 2004. After Culinary School in Chicago, he came back to Colorado, first working at Vita, then as Pastry Chef at the Squeaky Bean in Denver. When Williams & Graham opened in 2014, Matt became the Executive Chef, and features affordable “Upscale Comfort Food”.

Colby Lefebvre participated in ProStart from 2005-2007 at Battle Mountain High School. His favorite ProStart memory was definitely winning nationals in 2007. After high school, Colby attended Johnson & Wales University in Denver.
When he graduated, it was a natural transition for Colby to return to the Vail Valley to Moe’s Original BBQ where he has worked since he was 15 years old. He now manages both the Eagle and Vail locations of Moe’s BBQ. 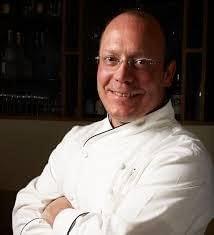 Chef Paul Ferzacca, owner of La Tour Restaurant, has guided the ProStart team for 11 years and was awarded the Colorado Restaurant Association Education Foundation’s “Flame of Excellence”  2010 award. This year marks the 17th year of being local owner/chef of La Tour in Vail. It is with great pride that he hosts this ProStart alumni dining event at La Tour.