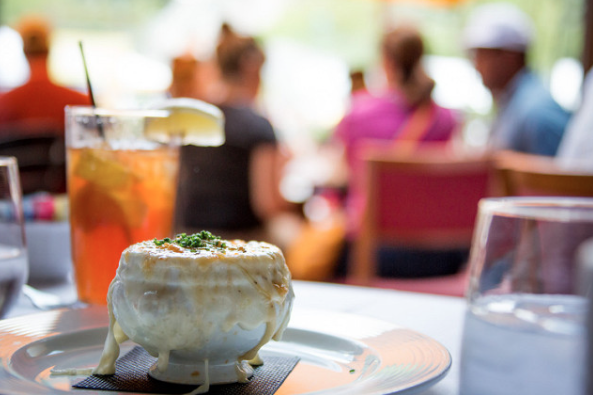 Most foodies know that the gold standard of cuisine is classic French fare. Known for rich flavors, slow-cooked meats, fresh seafood, and respect to all ingredients, French cooking is alive and well in the kitchen of La Tour.

A recent article on Buzz Feed listed the French foods they recommend everyone try during their lifetime. Their list contains 44 items well-known in French kitchens. Many of those recommendations are offered seasonally at La Tour Restaurant & Bar in Vail, CO. Here are a few great classic French fare dishes you will find on our current menu:

French cooking certainly cannot be defined simply. However, there are some staple ingredients and you will find in most French kitchens. Bold flavors from herbs, mushrooms, and tomatoes. Slow-cooked soups and stews (with some good bread alongside, of course). Regional produce, such as  fresh apples, berries, haricot verts, leeks, and various squash. And, don’t forget the Artisan cheeses!

What goes better with French cuisine than a perfectly-paired wine? Some of the more well-known French wines are named after regions of France: Bordeaux, Burgundy, and Champagne. However, the most popular international grape varieties, from Chardonnay to Merlot to Cabernet Sauvignon, are also native to France. The sommelier at La Tour will be happy to assist you in selecting the perfect wine to complement your French-inspired meal.